Myths and Facts About Fevers in Children and Infants 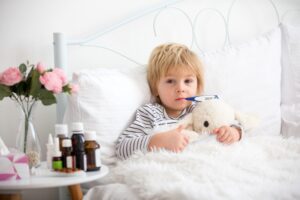 As a parent, it’s natural to worry about your child when they’re feeling sick. Fevers, in particular, often cause significant concern in parents of young children and infants. However, many widespread myths about fevers in children could be leading you astray.

Below, we’ve listed some of the most common myths about fevers in children, along with the facts that debunk them.

Myth #1: Fevers Are Bad For Children, No Matter What.

Fevers in children aren’t innately bad. In fact, a fever is a sign that your child’s immune system is working hard to ward off infection. So, in most children who are sick and over three months old, a fever between 100℉ and 104℉ isn’t a sign of a major problem.  END_OF_DOCUMENT_TOKEN_TO_BE_REPLACED

Illnesses to Watch Out For This Winter 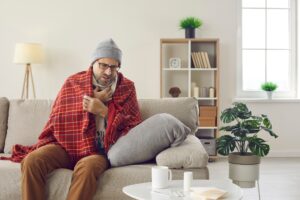 With the holidays approaching, we’re entering the season for various winter illnesses. Along with practicing excellent hygiene, it’s crucial to know the signs and symptoms of the illnesses that we’re most often exposed to during the winter.

This article will discuss the illnesses that most commonly surge with the holiday season.

The Most Common Winter Illnesses

Influenza, or the flu, is a respiratory viral infection that tends to affect people in the fall and extends into May. Vaccination is available for this virus during flu season and will help keep you and your family healthy this winter.

As the name suggests, the common cold is one of the most widespread illnesses during the winter. Children tend to catch a cold more often than adults, and the symptoms typically last for 7 to 10 days.

Symptoms of the common cold can include a mild fever, sneezing, runny or stuffy nose, sore throat, and coughing.

Symptoms include cold-like symptoms and wheezing. If your child is experiencing rapid breathing, it may be time to see a doctor.

Pneumonia is a serious lung condition caused by bacteria or viruses and can last for up to three weeks. Cases of bacterial pneumonia can be treated with antibiotics.

Gastroenteritis is highly contagious and can be caused by bacteria, viruses, or parasites. The symptoms of this condition include diarrhea, nausea, and vomiting.

The symptoms of these illnesses overlap, making it difficult to distinguish between them. Suncoast Urgent Care has medical specialists that can diagnose and treat your illness and promote a faster recovery. Contact us for an appointment!